He represented England at the 1972 Venice Biennale.

He has taught at the Royal College in London and at Yale University. In the 1980’s he was Dean of Victoria College of Art in Melbourne, Australia. From 1993 to 2015, he taught at Boston University and is currently Professor Emeritus of Art and former head of the graduate program in Painting and Sculpture at Boston University School of Visual Arts.

He has had solo exhibitions at the Museum of Modern Art in NY; The Phillips Collection in DC; The Tate Gallery, London; The Hayward Gallery in London; The Kunstverein, Hamburg; The Art Gallery of New South Wales in Sydney, Australia; and others.

John Walker resides and works in Boston, Massachusetts and in South Bristol, Maine. 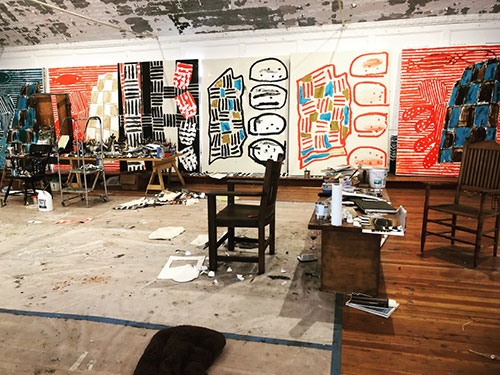